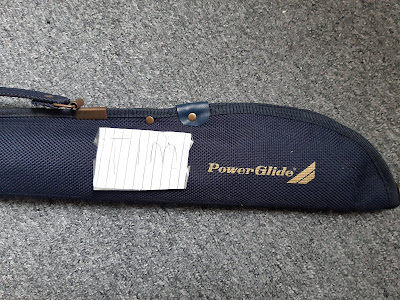 I work with a bloke who hates support. Can’t stand it. But needs something.  So I’ve persevered for a few years – for the first two years he barely tolerated me. For the past year he has allowed me to talk to (or at him) him while we play snooker in Newcastle.  I arrange to meet him at the snooker club and he frequently doesn’t turn up.

Last month he was waiting for me with the snooker cue in the picture.  From a charity shop, with a hand written name tag attached with sellotape.  I had to fight back the tears when he gave it to me – thinking of him, thinking of me while he was buying the cue, then finding paper, pen, scissors and sellotape in his house – which would have been a supreme challenge.